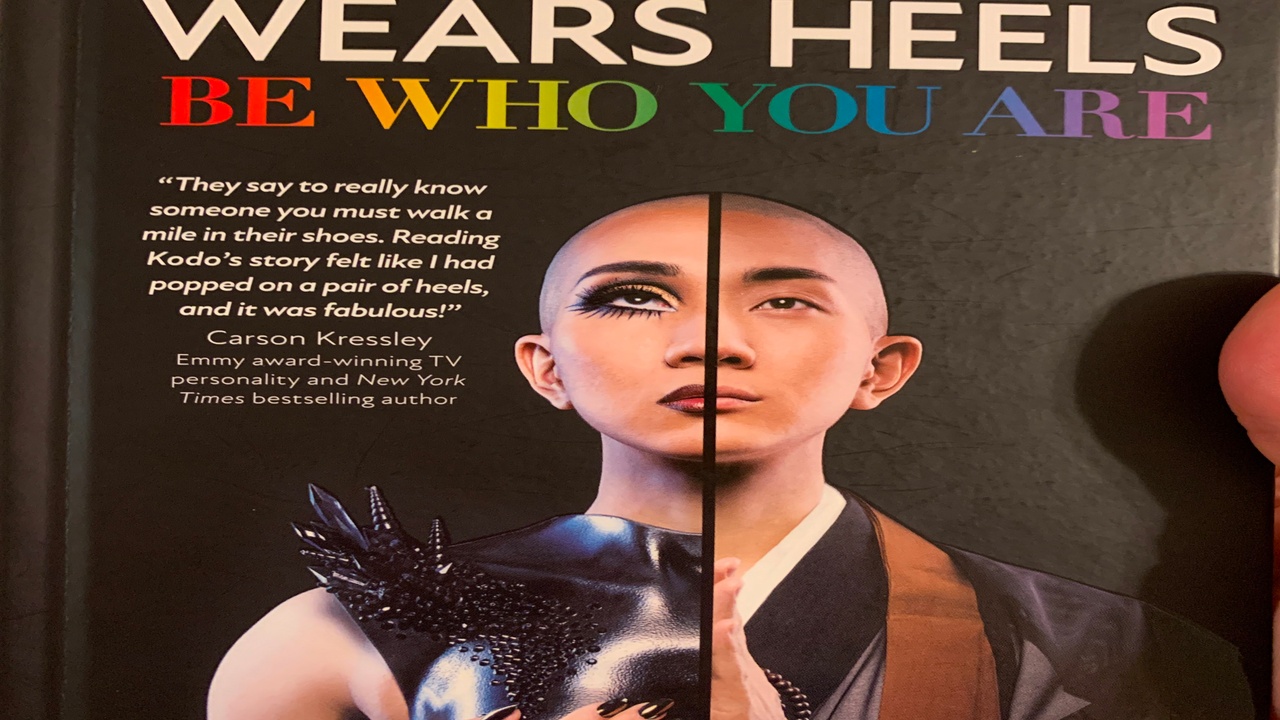 A week ago, I bought the book This Monk Wears Heels Be Who You Are by Kodo Nishimura.  I admit that the cover was intriguing and caught my eye as I perused the shelves at my local Barnes and Noble on my birthday.  I personally identify as Buddhist and was curious how you could wear heels and makeup and be a Buddhist monk.

One of the important purposes in reading is to expose yourself to new ideas.

I follow the New Kadampa Tradition and was curious as to the differences in what I have learned so far in my spiritual journey with what Kodo has learned.  I find it interesting that Kodo also identifies as "spiritual" despite being trained as a monk.

One particular quote stuck out to me:  "After traveling abroad, I had a powerful realization: my suffering was because I'd lived only by the values of the places I'd grown up."

Anybody who has been following me for a while might know that I feel really strongly about the importance of exploring the world.  When you travel to new places, you encounter new people and ways of being.  You grow and expand as a person, and, I believe, you also become a better person who is more compassionate and understanding of the ways of the world.

This book focuses on Kodo's gender identity, sexuality, and cultural/spiritual journeys.  I am choosing to refer to Kodo by name only because Kodo identifies as both male and female.  That really is the essence of Buddhism if we are all made of the same "stuff."

Kodo describes a Buddhist way of life that includes married priests and female priests and the psyche of a Japanese person in struggle to express an individual identity within a collective culture.  The book shows a change and progression from pain and isolation to joy and feeling accepted--while at the same time showing Kodo as a human being whose flaws did not all magically disappear just because Kodo became a monk.

This book is a window into a culture and spiritual journey that in some ways is not common in the Westernized world, but the themes are current and relevant.

Are you ready to learn more about yourself by traveling somewhere new? If so, reach out to see if now is a good time for a consultation.

As an Amazon Associate I earn from qualifying purchases.

Stay connected with news and updates!

Join our mailing list to receive the latest news and updates from our team. As an Affiliate of Gifted Travel Network, we may add you to our Virtuoso marketing, which you can unsubscribe from separately at any time.

We hate SPAM. We will never sell your information, for any reason.